Angus Sealy is recycling bottles to fund his way to Indonesia 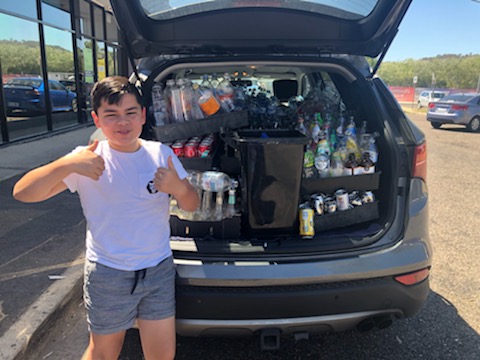 Angus Sealy is an enterprising young man who cares for the environment. And he’s on a mission.

He was recently selected as one of six students from his year at school to travel to Jakarta at the end of April to participate in the Round Square Schools Conference. The conference will include children from Round Square schools from around the world. They will collaborate on projects such as planting and harvesting vegetables on an eco-friendly farm and preventing animal extinction at the Taman Safari Park.

To achieve his goals and pay for the trip, 11-year-old Angus is raising funds through the ACT CDS. He has been collecting his own cans and bottles at home since the ACT Container Deposit Scheme began last year. With time, he expanded his collecting to include family and friends, neighbours and even his mum’s workplace. 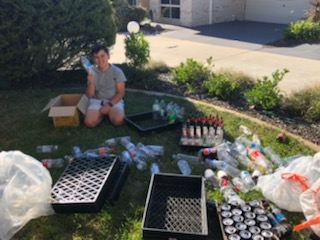 Angus set himself the target of collecting 30,000 cans and bottles. He started small by talking to family members and close friends. He also set up a drop-off box for them to leave their containers when visiting. Angus then designed and printed flyers and spoke with twenty local neighbours, who agreed to help by dropping off their eligible containers at his home. He sorted the containers before taking them to his local bulk depot in Philip. The staff at Philip appreciate his efforts of sorting as it makes for easier counting too!

Wanting to cast the net a little wider, Angus placed collection points in his mum’s workplace in Engineering House in Barton. 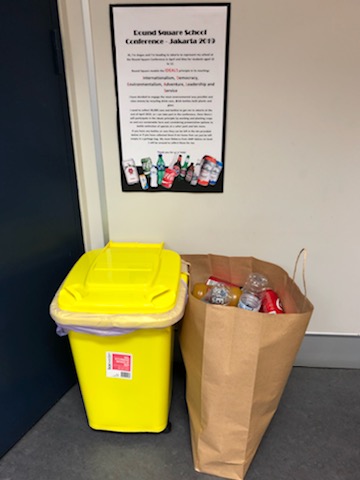 His mum, Rebecca, explains that “the business was happy to get involved when they found out what he was looking at achieving and there are stations available in their kitchens”. Some staff have also started collecting at home and bringing their containers into work.

Angus has also implemented a local collection system with the people in his area: his mum posts via social media to local Facebook pages such as the Buy Nothing Calwell/Banks ACT page which has resulted in great responses: “They just send us a message when they have a few saved and Angus will pop past to collect them”.

Angus is also trying to make a big environmental impact by collecting cans and bottles he finds littered. His Nan bought him a small grabbing tool and he will take walks in the afternoons to ensure these don’t make their way into local waterways. Angus regularly asks his mum to pull over so he can pick up bottles he has seen left on the side of the road.

Angus says that “by collecting these containers, I’m helping keep my local area clean and minimising the impact to my environment. This makes me happy and I’m extremely satisfied of my efforts”.

ACT CDS wishes you well for your trip to Indonesia, Angus. Have a great time!