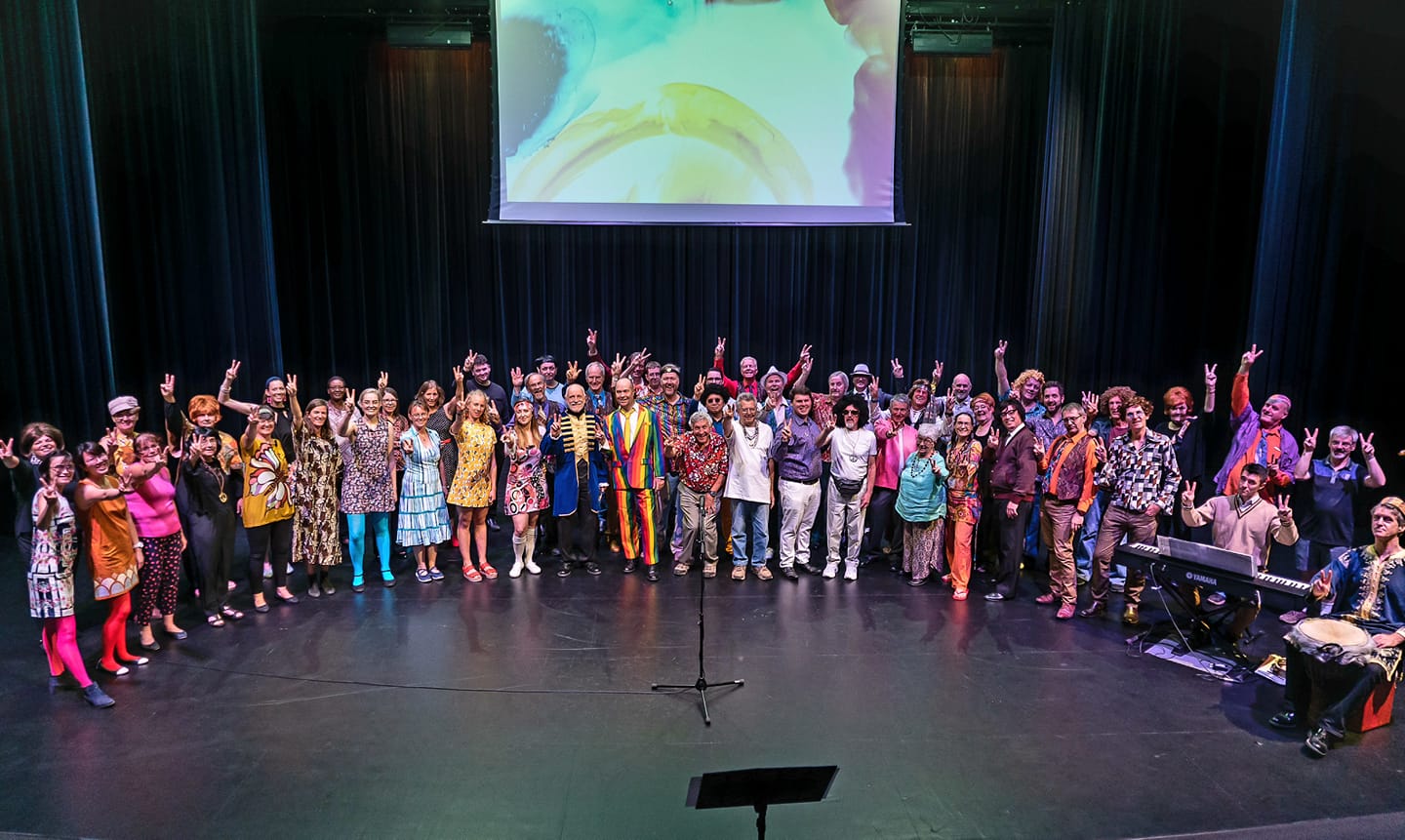 The 50 members of the Strange Weather Gospel Choir are not just talented singers – they’re enthusiastic recyclers too.

The Canberra community choir, which is named after two songs ‘Strange Fruit’ and ‘Stormy Weather’, features a repertoire of folk, contemporary, African, Indigenous as well as gospel and spiritual music.

Rachel Gilks, Convener of the choir, says that as well as bringing together people from all walks of life to sing, “we’re very socially aware and want to do what we can for the planet and for Canberra”.

So, when the ACT Container Deposit Scheme (ACT CDS) launched in 2018, one of the choir members suggested container recycling would be a great way to fundraise. Initially, members would bring eligible containers with them to rehearsals and volunteers from the choir took responsibility for returning them.

“As COVID-19 hit we stopped meeting as a choir, and it was a bit harder to fundraise,” says Rachel. “So we set up a ‘how to’ document explaining to members how to take containers to the different return points – we encouraged them to do it themselves.”

Rachel says that although that was a good interim measure, they get the best results when members can just take their containers to rehearsals.

“It’s been so successful because of how easy it is for our volunteers to drop off bags of containers at the ACT CDS return points,” says Rachel. “We were able to set up an account really easily, and all the refunds go straight into that. It’s very easy to do – flexible and fuss free.”

So far they have raised about $3,650 – and returned a remarkable 36,500 containers. The funds will go towards covering costs for upcoming performances, as well as acquiring new music and other choir administration, says Rachel.

She adds that despite returns dropping off last year during COVID-19 restrictions, they are starting to see a pick up in numbers again.

“Members have reached out to their colleagues, family, friends and neighbours to collect their containers, and people have been really supportive,” she says. “Some people have put boxes next to the recycling bins at work, and asked colleagues to leave eligible containers there for fundraising.”

“Without the ability to fundraise through concerts, the ACT CDS has been key over the past couple of years,” she adds. “We were astounded that even a small amount of bottles can be so impactful.”

To find out more about how to fundraise through the ACT CDS.

To find out more or get involved with the Strange Weather Gospel Choir see www.strangeweather.org or https://www.facebook.com/strangeweathergospelchoir/