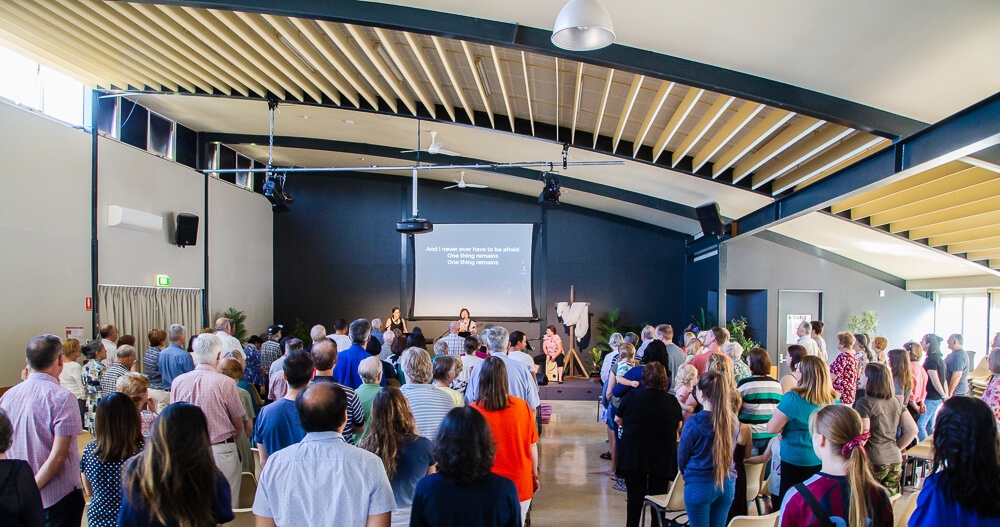 When the ACT Container Deposit Scheme (CDS) launched in 2018, the Mosaic Baptist Church jumped onboard.

“We saw it as a great opportunity for us to raise awareness of recycling amongst our parishioners, as well as to provide some income for church projects,” says the church’s office manager, Bronwyn Parsons.

The church has a number of sites across the ACT, but Bronwyn says container returns have been especially popular in Page, where they have a large wheelie bin onsite at the church grounds for people to drop off their eligible cans and bottles. “We frequently advertise and remind folk through our weekly newsletter and Sunday announcements,” adds Bronwyn.

Bronwyn says parishioners enjoy being able to contribute in a tangible way and are kept informed about the total number of cans and bottles collected and money raised as a result of returning them via ACT CDS for 10 cents each.

“Elderly individuals and couples have particularly embraced the idea of recycling,” she says. “They see value in us pooling our recyclables for the greater good.”

Empty containers are returned at the Return-It Hawker Shops Drop & Go Pod and Belconnen cash-back depot by volunteers from the congregation. So far the church has collected more than 30,000 cans and bottles and earned more than $3,000 in funds.

The funds are earmarked for a new children’s playground at the Page church. The design for the playground is currently underway, with construction planned to commence next year. Bronwyn says it will be a wonderful addition for the numerous playgroups that use the facilities each week, as well as for the children who attend Sunday services with their families.

In the longer term, Bronwyn says funds raised through the container returns will be used to support the various community activities held each week at the church. These include English classes, a Creative Leisure craft group, as well as playgroups, and other children’s programs.