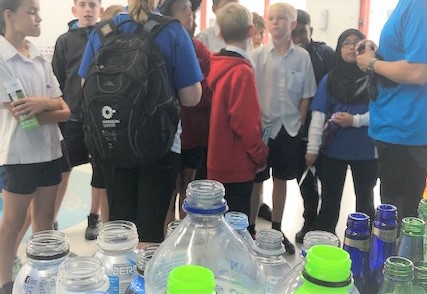 For the last few months students at Harrison School have been incorporating what they’ve been learning in business studies and economics into real-life problem-solving and the ACT Container Deposit Scheme (ACT CDS) has been a very cornerstone piece of the plans.

Mr Timothy Kirsopp, teacher, said, “One of the problems that we have at Harrison School is rubbish and litter around the school grounds.  We watched War on Waste and the students decided that they might be able to make a business within the school based on the amount of rubbish we could collect, recycle and claim our 10-cent refund on.”

So, they started to implement a solution to that rubbish problem within the framework of a business model. 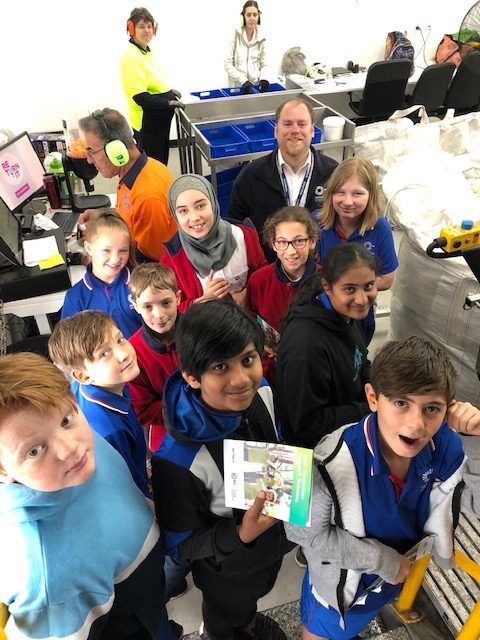 The first step was to run a three-day program pilot, estimate the number of eligible containers being discarded and the potential refund amount of those containers. They collected rubbish, sorted, tallied and their teacher then took the eligible containers to the Mitchell Bulk Depot to claim the refund. They then extended the program pilot into practice and at the beginning of term 4 the students began collecting recyclables every Monday, Wednesday and Friday after lunchtime. They then sorted them into wheelie bins in their classroom and after a few weeks took the bins into the Fyshwick Bulk Depot where they were shown how the containers were processed and collected nearly $300 in cash.

Eventually, over the period of the program, including the pilot stage, the students had managed to collect over 2000 containers.

Their teacher says the next stage of the program will be deciding where to donate the money they have raised so far.

“The money will be donated to a cause of the students choosing but they will have to decide based on business/company ethics and sustainability and they will need to look at how best to get the most benefit from their donations.”

The students will also have the opportunity to reinvest their money into a stall at a Market Day which will be held at the school later in the term and potentially increase the amount of money that they have to donate.

If your school would like to explore ways in which you can combine learning about business, sustainability and charitable donation all in the one program, please consider involving the ACT Container Deposit Scheme and contact us www.actcds.com.au