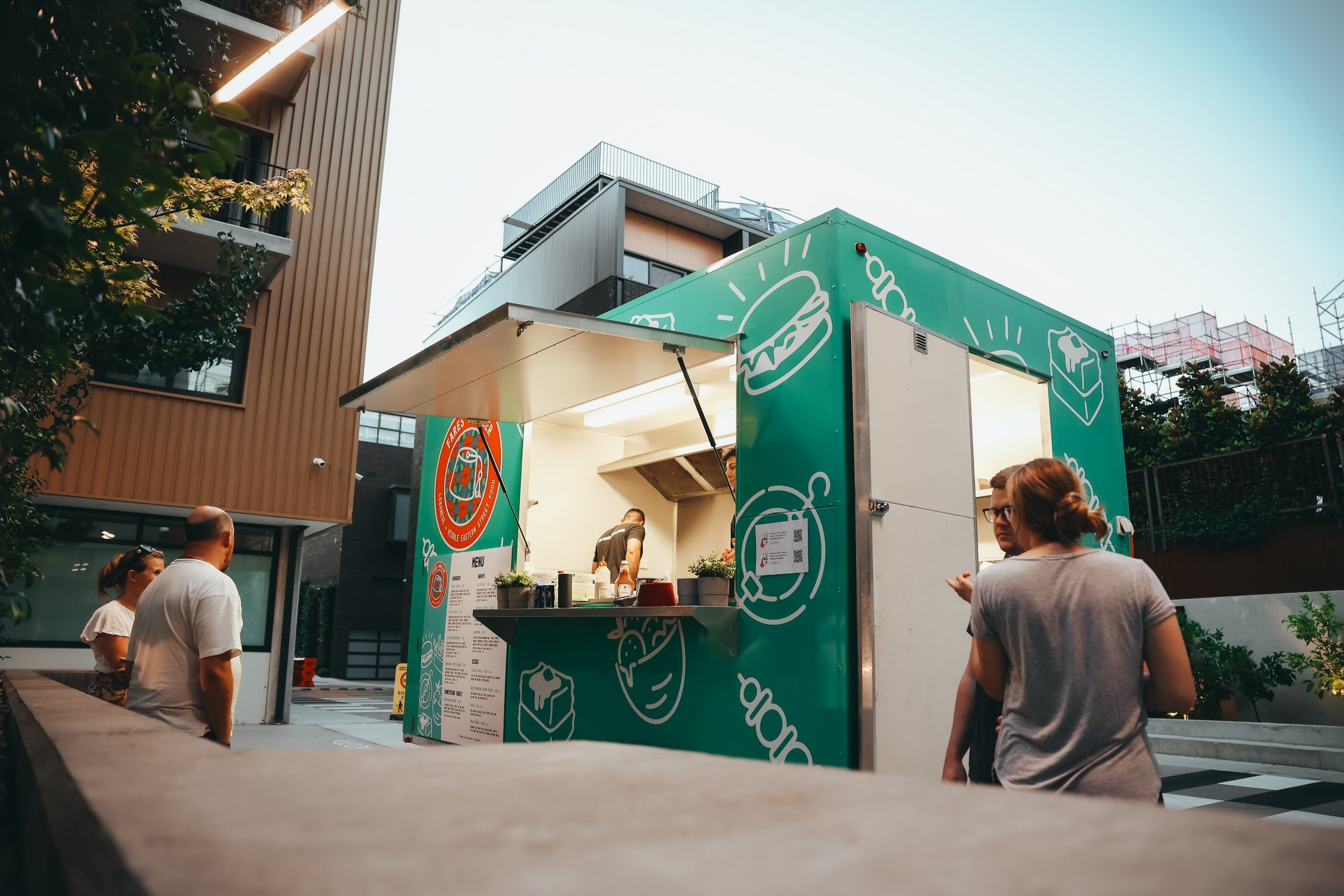 Canberrans may have seen the Fares Bueller food truck in Braddon on Friday and Saturday nights, with friends Ismail Hammoud and Jad Hmeidan serving up traditional Lebanese snacks with a street food vibe – think falafel wraps and fries topped with zaatar and feta.

But as well as running a business, Ismail and Jad are finding ways for their food truck to help make the world a better place.

“We noticed at the end of each night how much of the waste was bottles and cans, and lots of people passing by the food truck would also toss their empty drink containers in our bins,” says Ismail.

He decided to start returning the containers to the ACT Container Deposit Scheme (CDS), both to reduce waste going to landfill and also to raise money for charity with the 10 cent refund for each eligible container. Ismail and Jad decided to set up a dedicated container bin next to the Fares Bueller food truck rubbish bin.

The first month of fundraising was during Ramadan, so Ismail and Jad decided to send money to a charity for people who need assistance in Lebanon. They returned around 1,000 containers to the ACT CDS, which earned $100 in refunds, then matched that dollar for dollar for a total of $200 to donate.

“Just $45 pays for a food hamper that will feed a family for a month,” says Ismail.

Ismail says that the reduction in waste going to landfill from their bins is already noticeable. “It’s telling that when we go out to check the bins and the container bins are full and the other waste bin is low,” he says. “We’re now emptying our waste bin once every three months instead of once a month.”

Ismail says awareness of the fundraising is growing after he and Jad posted about the container returns on social media. “We’ve had some customers really warm to it. I’ve noticed a few of them picking up littered cans from the ground to put into our container bins.”

He and Jad are now both big advocates of the ACT CDS. “I’ve been to a lot of places, especially overseas, where waste is managed so poorly it affects the quality of life,” Ismail says. “We’re blessed to have this system in the ACT – it’s good for the environment and it’s social justice. It’s a win-win situation.”

They plan to donate to different causes each month, and Ismail says customers are already suggesting which charities to focus on next.

Find out how your business can get involved with the ACT CDS and download the business toolkit.