Container returns are helping the environment in unexpected way 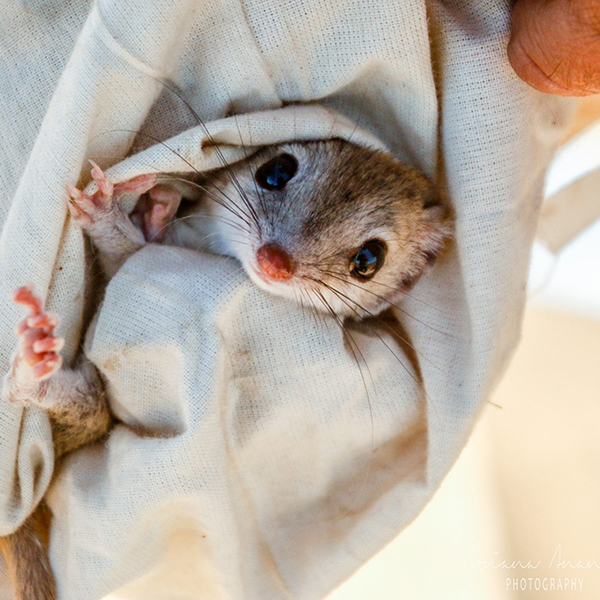 Most people have never heard of the kowari, a small carnivorous marsupial. But William La Marca, founder and chairperson of Team Kowari, is studying this vulnerable predator and its vital role in the ecosystem. In conjunction with his PhD studies, he established Team Kowari as a conservation initiative to research and promote the species to the public.

The organisation recently got a welcome boost when the National Zoo and Aquarium Conservation Team (NZACT) donated a month’s worth of funds they’d raised through the ACT Container Deposit Scheme (ACT CDS).

The nearly $900 donation to Team Kowari was used to help fund a field trip and field work in May and June.

“We went to the Stony Desert region in South Australia to do live trapping of kowaris to understand long term trends. On our next trip will do radio tracking, using radio collars and a drone to track the kowaris, to learn about their habitat and range,” says William. “Research equipment and fuel are the primary expenses on each trip.”

While Team Kowari is still relatively new, William says they already have some preliminary data.

“The kowari is suspected to be a keystone predator, which means they’re going to have significant implications if removed for the ecosystem,” says William. “They are currently listed as vulnerable, but trapping data shows they might be more accurately described as endangered, which means they are at risk of extinction.”

NZACT Director Brendan Sheean says this important work is a key focus of the team.

“NZACT is dedicated in preventing extinction in the natural world and works tirelessly to raise funds to help scientists and conservation organisations continue their ongoing work to save species,” says Brendan. “Hopefully, the work being done at National Zoo and Aquarium will allow kowaris and other species to thrive in the wild.”

Volunteers with NZACT collect and return empty bottles and cans to their local Return-It return point and receive a 10 cent refund for every eligible container. Each month they donate their ACT CDS refunds to different animal charities.

Interested in fundraising through ACT CDS? Find out more on our Fundraising page.